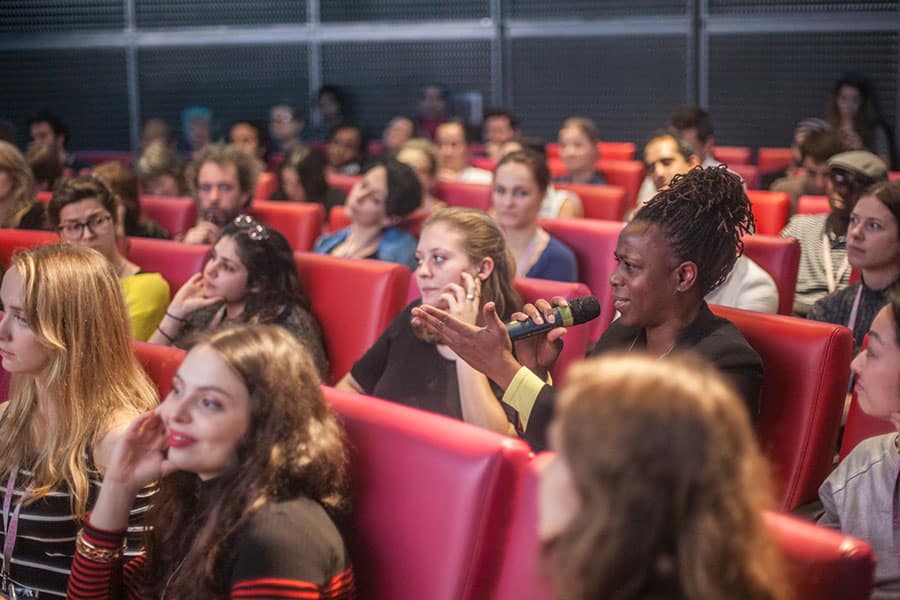 We will be bringing together a panel of journalists, filmmakers and editors to discuss the essentials of authentic storytelling, what it is and why it matters. When developing world stories are covered by western journalists without the relevant regional context or cultural sensitivity, coverage can be characterised by stereotypes and generalisations. Does this cliché of the western journalist ‘parachuting’ in to cover an international story still stand – and what more can we do to combat the damaging narratives that result? As journalists and filmmakers seek out global stories with strong characters, how can they be sure that their techniques empower rather than undermine their subjects? We will be joined by a panel who are working to disrupt this pattern, facilitating communities in developing countries to maintain agency and ownership of their own stories.

Hassan Akkad is a public speaker and filmmaker from Damascus, Syria. Hassan fled Syria after being imprisoned twice for peacefully protesting the Assad regime and is one of the million people who arrived in Europe in 2015. Having filmed his entire Journey on a GoPro camera, his footage and story were part of the BAFTA and One World Media Award-winning BBC Two documentary, Exodus: Our Journey to Europe.

Jess Crombie is Director of Creative Content at Save the Children. She heads up a global team of filmmakers, photographers and writers to create powerful, award-winning communications for this global INGO. She was previously with WaterAid and Magnum Photos, and lectures internationally on representation theory.

Ingrid Falck (chair) is an independent media consultant specialising in global documentaries. Until recently she was Head of Documentaries at Al Jazeera English, and has nearly 30 years’ experience in international broadcasting as an award-winning filmmaker, executive producer and commission. She currently works with filmmakers to undo the ‘us and them’ approach, and to shift the power-base of storytelling towards those who are both experts and agents in their own stories.

Ruhi Hamid is an award-winning documentary filmmaker who has extensive experience of filming in challenging locations and gaining access to institutions and people normally hostile or shy of the media. She has directed and produced films for the BBC, Fusion, Channel 4, National Geographic and the UN, with recent projects including the Dangerous Borders series for BBC Two and India’s Ladycops for Al Jazeera International.

Paul Myles is a multimedia journalist and Head of Editorial at On Our Radar, the ‘communications agency for unheard communities’. He was previously an investigative reporter for Channel 4’s Dispatches series.

TIME
Doors open at 4pm for a 4.15pm start.
There will be a drinks reception from 7pm, following the final session of the day.